Node improves application performance (e.g. latency & throughput) and scalability due to being:

Node’s fast, efficient execution of concurrent user requests is ideal for streaming and on-demand platforms like Netflix or Uber. Other real-time applications that benefit from this include video conferencing, VoiP, online gaming, instant messaging, and online trading (stockbroking sites). Mobile devices with slow connections also load content faster with Node, which is good for user retention.

Node makes a full-stack JavaScript product possible, since it can create and run server-side applications, traditionally done by backend scripting languages like PHP. Building both the front- and backend with JavaScript can contribute to a faster, more cohesive development process.

As a server-side application, Node gives you full control over how your frontend is rendered, making it fairly simple to output content that adheres to SEO best practices. So it’s good for organic traffic generation too.

Launched in 2009, Node has a very active third-party ecosystem and developer community. The Node package manager provides access to the world’s largest software library. Developers can choose from over a million free code modules (called ‘packages’) to fast-track or extend their projects.

Node’s growing popularity is reflected in the widespread use of its Express framework by the world’s top sites: 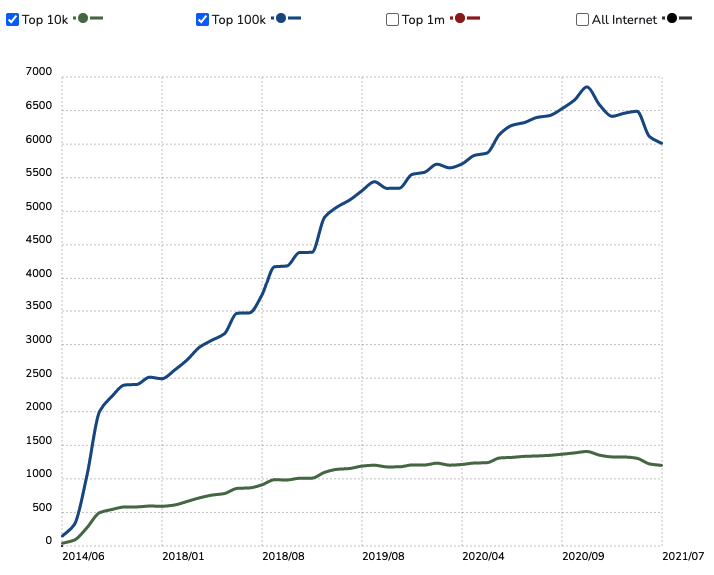 Node is perfectly suited for marketplace features that need to support high-volume concurrent requests. Examples include auctioneering sites, like eBay, that have to handle thousands of simultaneous bids, and real-time messaging systems, such as the group chat feature we built for IHSS Connect, a job marketplace.

Node also allows us to build a more seamless user experience by establishing closer linkage between front- and backend development, which keeps the focus on the user journey.